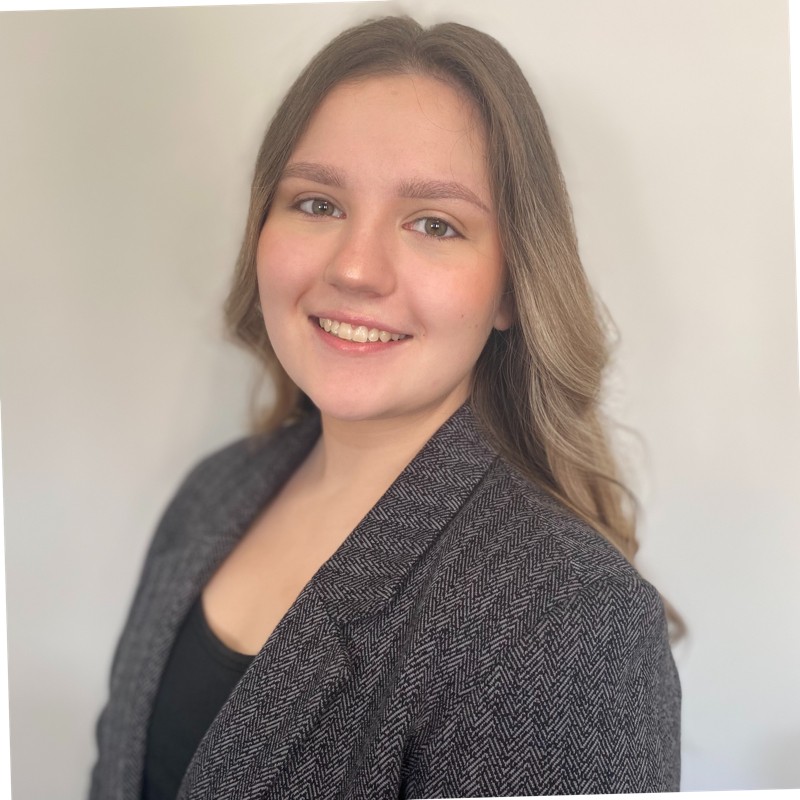 Shannon is our current Digital Platform Intern for this Summer semester. Shannon is a Process Engineering Student at Memorial University of Newfoundland and will be entering her 2nd year of her Bachelor of Engineering degree this Fall. Shannon is from and currently lives in the St. John’s area and graduated from St. Kevin’s High School in 2020.

Shannon’s anticipated graduation at Memorial University of Newfoundland is in 2025. She has taken on the role of being the lead designer in creating our new website. We are very pleased to be able to provide Shannon with the opportunity to help create and develop our new website - which we are anticipating to launch very soon!

"Meeting and working with the GlobalNL team has been a wonderful learning experience. I have been able to further my knowledge in website design while also making new connections with wonderful people. This experience will definitely help me towards my future career." 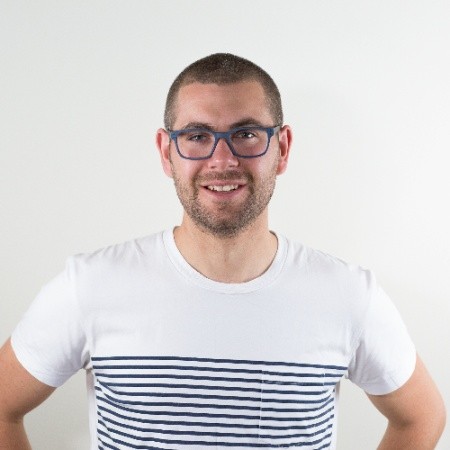 Zack is a former national team cyclist who completed his bachelor’s degree in engineering at Memorial University of Newfoundland in 2011. He also holds a Masters of Business Analytics from UBC Sauder School of Business.

Zack has a strong technical background, grounded in practical applications. This most recently came to life with his key involvement in launching Stoko’s first product the K1. Stoko is first-to-market in creating a new category of supportive apparel, which is changing how athletes prevent and recover from joint injuries, starting with the knee. Stoko is disrupting an outdated, 50-year-old knee-brace industry. It’s supportive apparel is beautifully designed and offers the same joint support as a traditional brace with unparalleled comfort.

Prior to Stoko, Zack worked within the Nike Innovation Team. He developed a novel new shoe concept winning the 2018 London marathon. He also worked within Nike to decrease commercialization time while incorporating performance by leveraging athlete data and seamless design to manufacture solutions. Zack has since successfully partnered with Asian manufacturing facilities in both shipbuilding, footwear, and now the new category of supportive apparel. 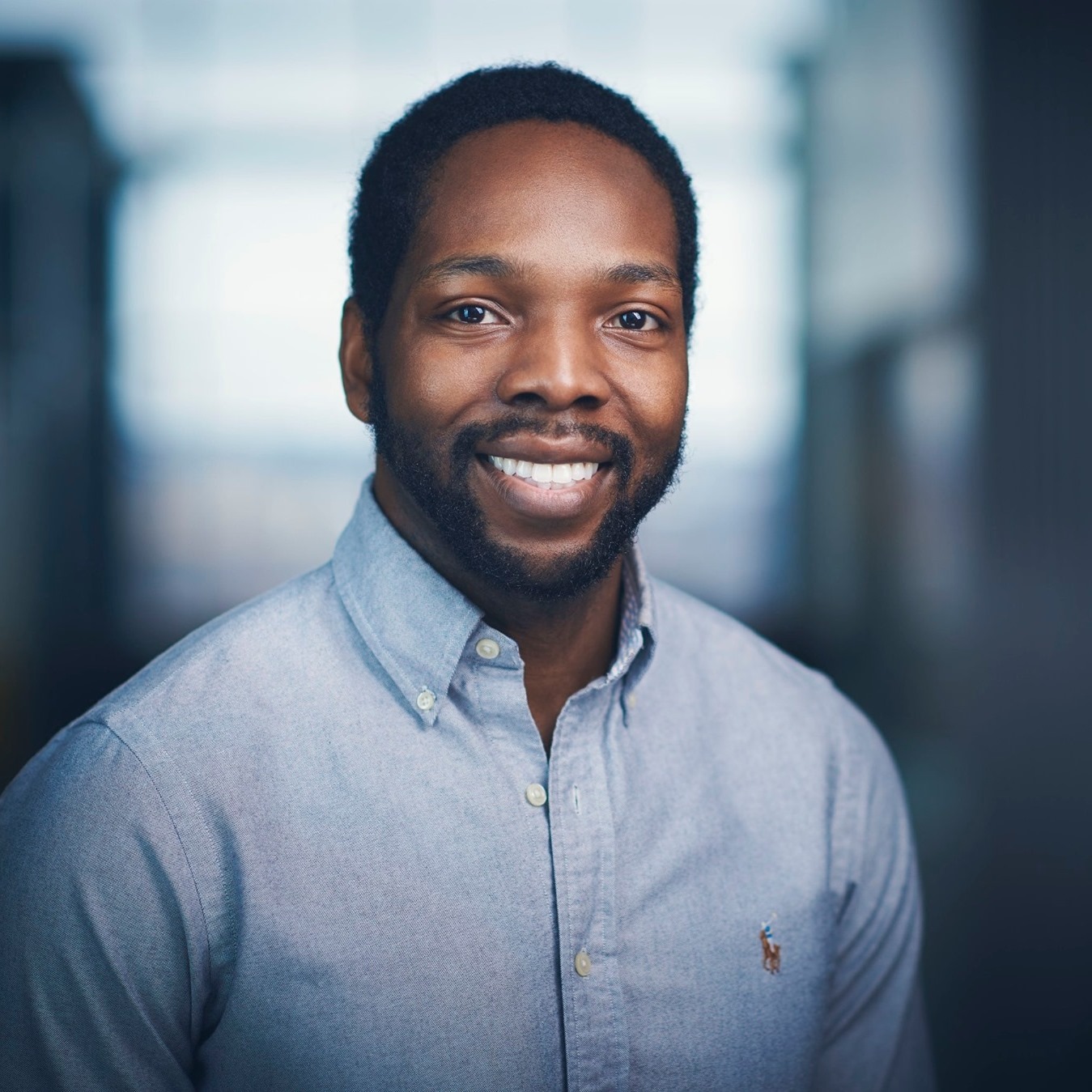 Bolu Ogunyemi is a Medical Dermatologist & Assistant Dean of Social Accountability at Memorial University of Newfoundland’s Faculty of Medicine. As Assistant Dean, he provides oversight on the development and implementation of initiatives in Health Equity, Indigenous Health, Global Health & Community Engagement.

He earned a BSc in Sociology & Medical Science from Western University before attending medical school at Memorial followed by Dermatology training at The University of British Columbia. After returning to his hometown to practice, he was excited to contribute to his alma mater and has recently served on the 2021 – 2026 Memorial University Strategic Plan Facilitation team. As well, Dr Ogunyemi serves on the Board of Directors for Canadian Doctors for Medicare, and the Newfoundland and Labrador Medical Association.

Bolu speaks, researches & advocates at the intersection of health & diversity and has authored publications for The New York Times, Huffington Post, Globe & Mail, CBC, Vancouver Sun, & the National Post. He is involved in his community as a diversity and anti-racism educator and has given presentations to Rotary St John’s NW, the Association of New Canadians, a TEDxStJohns talk and the 2019 Atlantic Immigration Summit. 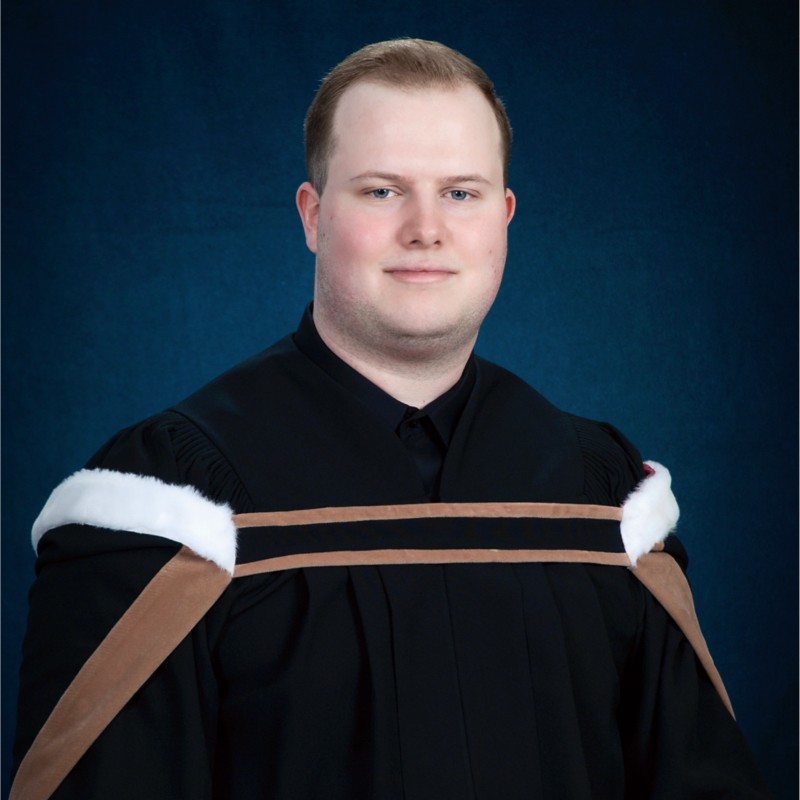 Ben is our new Digital Strategist Intern for this Summer. Ben is a Faculty of Business Administration at Memorial University of Newfoundland student and will be entering his 5th year of his Bachelor of Commerce degree this Fall. Ben is from and currently resides in St. John’s, and graduated from O’Donel High School in 2017.

For Ben’s first and second work terms, he worked at Service Canada in the Program Delivery Branch. With the experience and skills he acquired from working within the Federal Government, Ben will be a great addition to our team. We are very pleased to provide Ben with the opportunity to help further grow our brand.

“GlobalNL is a great platform for students, young professionals, and entrepreneurs to make connections and to build a network. It also provides other members the opportunity to give back. I highly recommend becoming a member!” 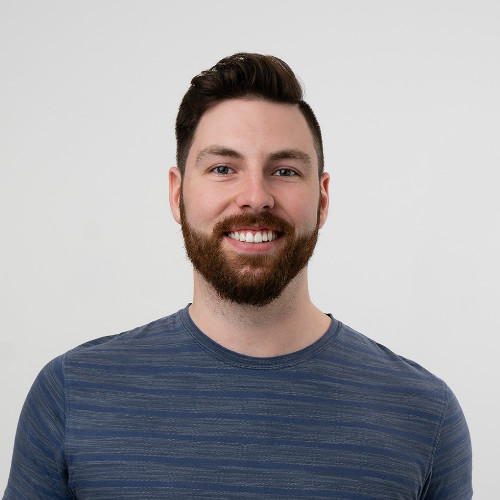 Adam is a mechanical engineer from Mount Pearl, NL. During his undergrad at Memorial University of Newfoundland, Adam was involved in a ton of activities — high performance youth basketball coaching, organizing Terry Fox Run teams, managing an annual basketball tournament fundraiser in honour of his father, and more recently supporting the. Dr. H. Bliss Murphy Cancer Care Foundation (where he now sits on the Board of Directors).

Adam and Jeremy Andrews decided to create a solution to this problem. In 2017 they co-founded CoLab Software and began building a modern design review tool to make it easy for teams to share and collaborate. Since then, CoLab has grown to a team of more than 40 people with manufacturing and design companies around the world using CoLab to build better products, faster. In addition to his role as CEO of CoLab, Adam is a co-founder and strategic advisor for Duxion Motors. 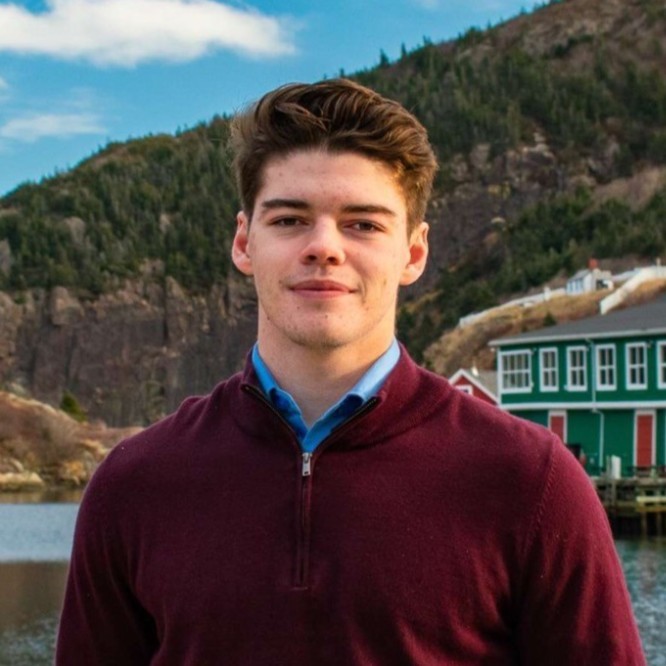 Harry is a business student at Memorial University of Newfoundland. Along with completing his Bachelor of Commerce degree, he is also a member of the Seahawks Men’s Soccer Team. His leadership role on the team recently earned him the Erin Bursey Memorial Leadership Award (2020-21), which was established to recognize student-athletes who exhibit exceptional leadership skills, academic excellence and passion for their sport.

For his first work term, Harry joined the GlobalNL team as a digital strategist intern to help establish GlobalNL’s online presence. His experience in social media marketing helped him create content that aligned with GlobalNL’s mission and further grow the organization's brand.

“My work term with GlobalNL was an amazing learning experience. I got to meet some great people and learned the importance of professional networking, a skill that will undoubtedly help me later in my career”. 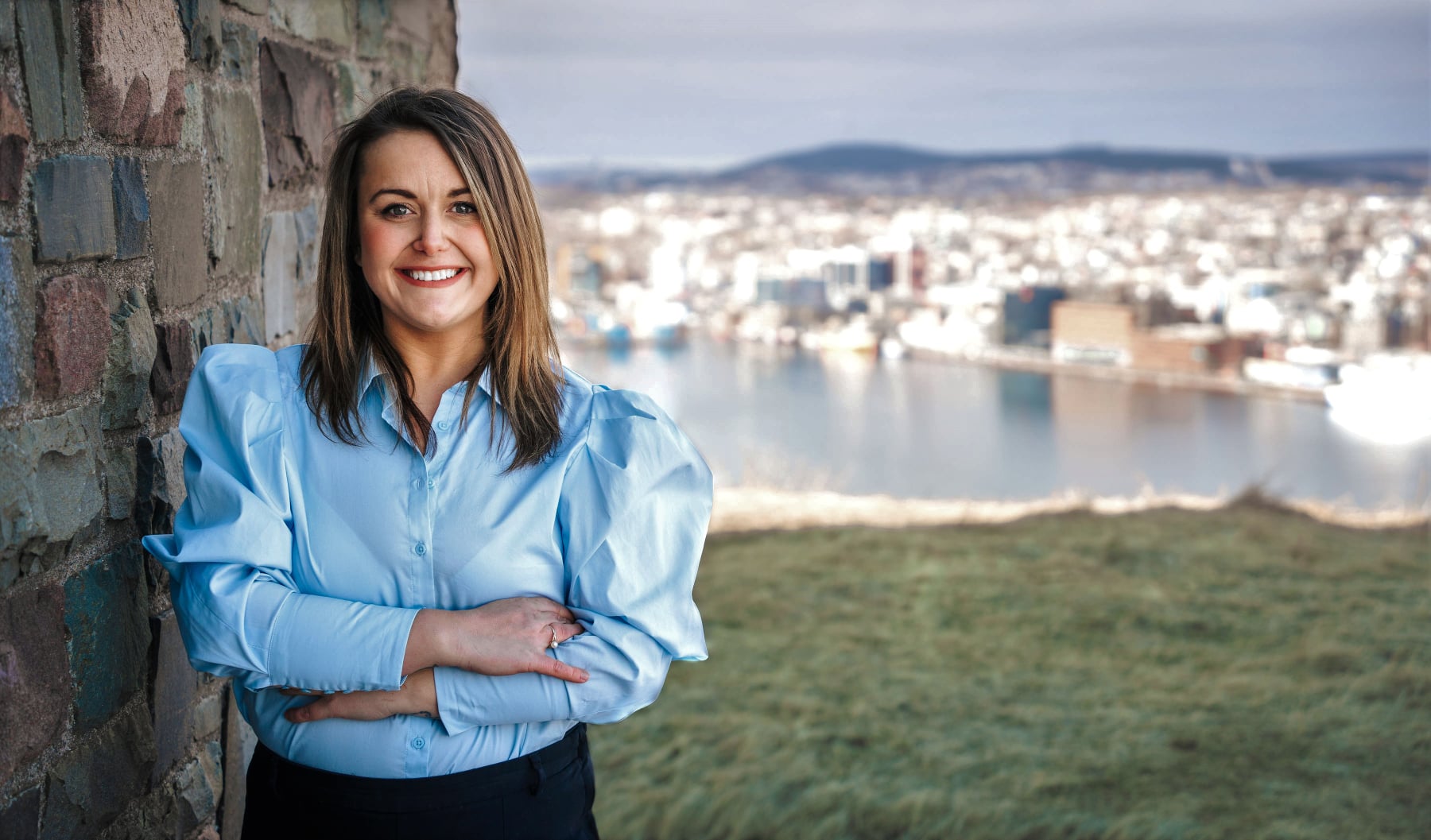 Kristina Kearney is an accomplished Client Development Manager & Senior Recruitment Consultant, with demonstrated experience working in staffing and recruiting in the oil and gas and mining industry. Currently, she is a Director at WORKFORCE, a company that focuses on providing the best fit for the job in oil and gas, mining and marine sectors in Atlantic Canada.

Her expertise was recognized when she won 9th Top Recruiter Award (2020) from TopRecruiter. Kristina was the only candidate recognized in Eastern Canada, and also placed 11th in North America with TopRecruiter. She also has just been nominated for "One to Watch" for the 2021 RBC Canadian Women Entrepreneur Awards.

Kristina is also a Business Development Professional, who is well connected in Newfoundland and Labrador. At present, she is the Business Development Manager at Avara Solutions Inc, a firm that provides local engineering and supervisory services to the East Coast oil and gas industry.

As the President of the Business Association of Newfoundland and Labrador (2015-2017), Kristina and the executive team worked with over 60 local businesses with the aim to encourage business within and for their membership and promote sound business practices. 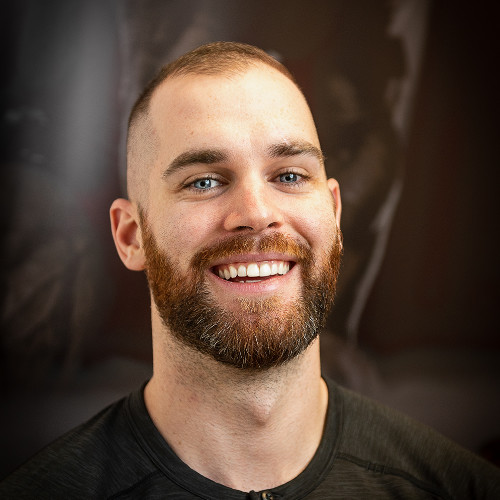 John, Founder and CEO of Nutra Holdings, started Jacked Factory in 2015 after observing a gap in the sports nutrition industry - Noticing that many sports supplements on the market didn't have the correct dosages that aligned with scientific research to promote maximum performance.

Jacked Factory’s pathway to success was not a straight line. In the first year, John had lost most of the money he put into the venture, and liquidated most of the product line. After listening to market feedback and recrafting the brand and product offerings, he relaunched, and by the end of 2016 things started to really gain traction.

Fast forward to now, Jacked Factory has evolved into Nutra Holdings, a leading sports nutrition platform comprising of Jacked Factory and Transparent Labs (acquired in 2020). Nutra Holdings employs over 25 people (most here in St. John's), and works with multiple world champion athletes along with some of the biggest influencers in the fitness industry.

Jacked Factory was ranked Canada’s 9th fastest growing company in 2020, with a 5-year revenue growth of 10,065% and John was also featured in the Top 50 CEO’s Atlantic Business Magazine in 2019. 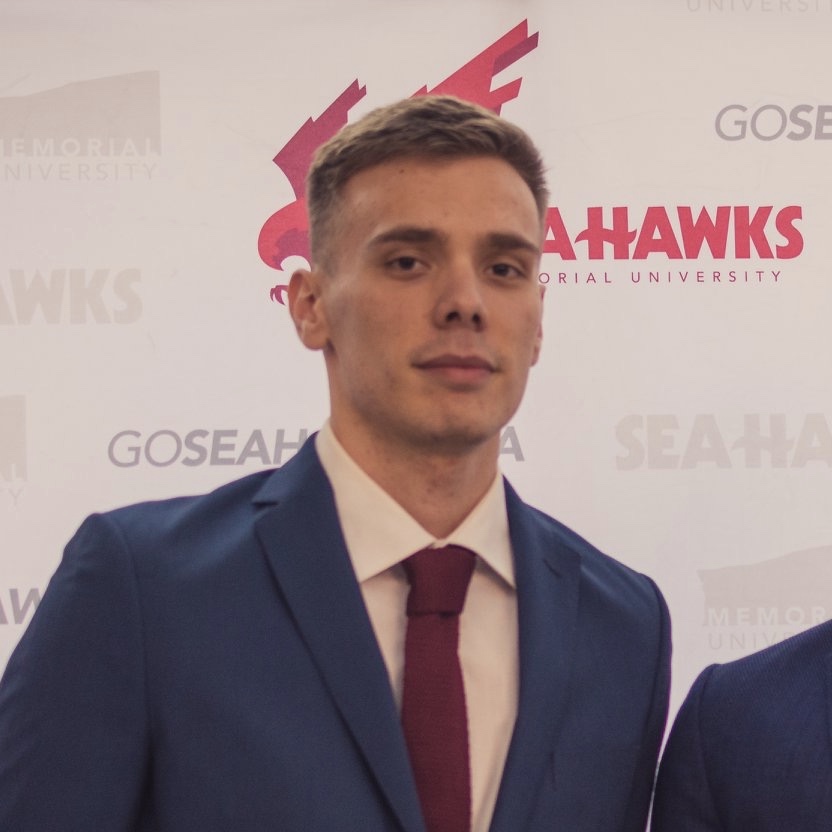 Boris is a 4th year business student at Memorial University of Newfoundland. He is an international student from Serbia. Prior to arriving to Canada, he finished his last two years of high school in a boarding school in Tennesee giving him valuable cultural experience. Besides being a full-time student, he is also a member of the Memorial Sea-Hawks Men’s Basketball team. So far in his academic career, Boris has shown academic excellence earning himself a spot on the Business Administration Dean’s List two times, and earning USPORTS Academic All-Canadian honours three times.

Boris is joining the GlobalNL as an Digital Strategist Intern to help coordinate GlobalNL’s international efforts to connect and empower people passionate about Newfoundland and Labrador. His previous social media marketing experience working with a local startup will make him an asset to GlobalNL. Boris is looking forward to playing a role in expanding the GlobalNL brand. 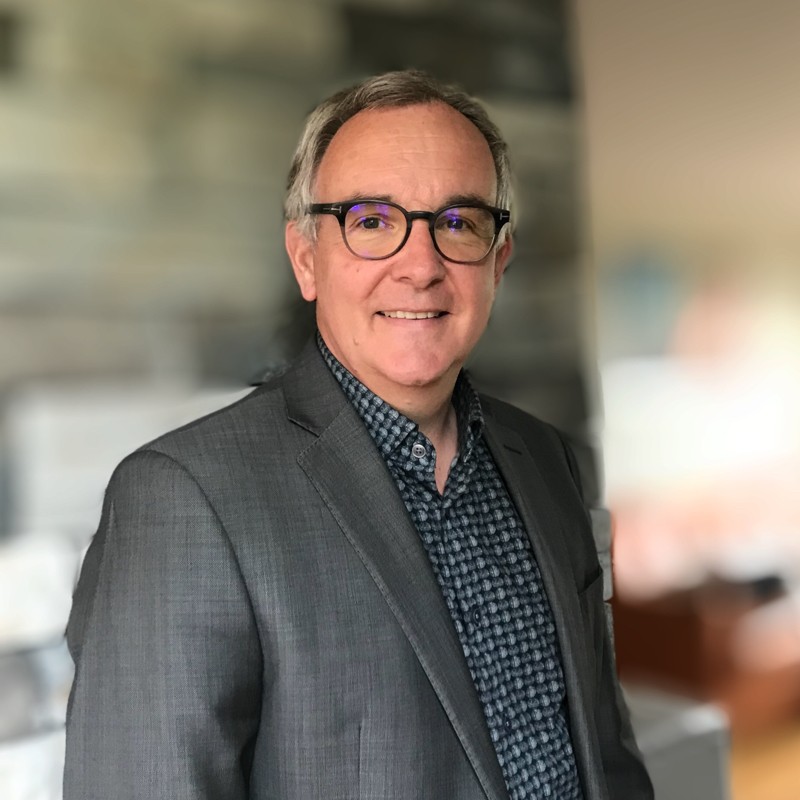 Born in St. John's, NL, Gerry Carew grew up with his older brother who served in the Canadian Military in #Afghanistan, and a younger sister. With the loss of his father to #cancer at the age of 14, Carew felt trauma that took him almost 11 years to recover from. Meanwhile, his mother stepped up and became the most important #rolemodel in his life, #inspiring him in every aspect of his life.

Gerry first got a BA in #Geography and then a Bachelor of #Commerce. A guest came into one of his classes and said, "Sales is the engine that drives the #economy!", lighting a fire in Carew. For 30 years Carew has worked on 100% commission sales in advertising.

In 1999, while working for the local newspaper Carew became the first person to start selling online advertising. This experience changed his entire trajectory, and he has been working in digital marketing in some capacity ever since.

In December 2020 Carew and an old Navy buddy of his, Allan Dale, created Gale Force Wins the podcast. Gale Force Wins Podcast was well received and became very popular very quickly. Carew currently still is with Newfound Marketing and continues to do his podcast for “as long as he can”.