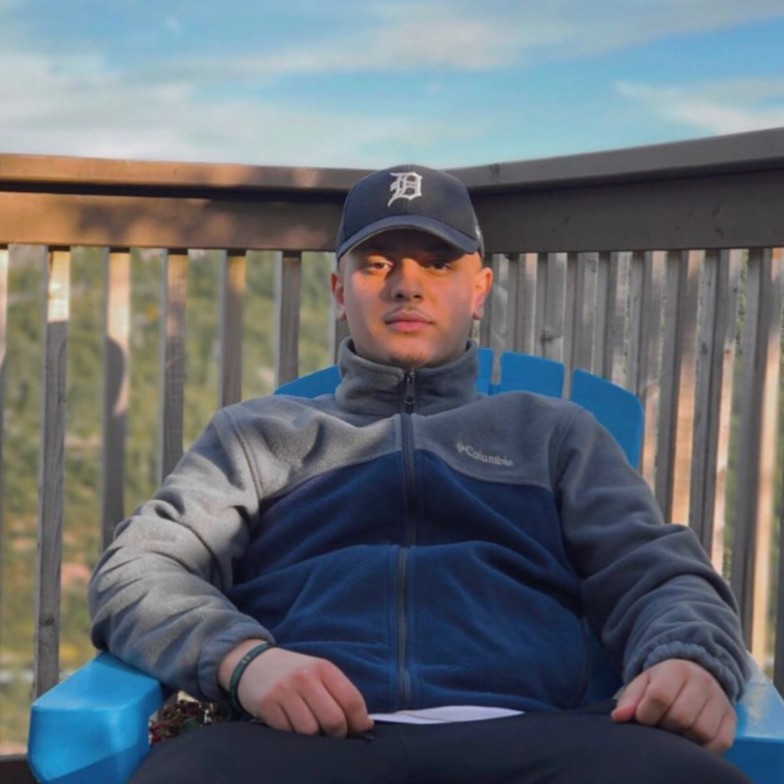 Sanad is originally from Tripoli, Libya and currently lives in Montreal, Quebec. He is a third-year Computer Engineering student at the Memorial University of Newfoundland anticipating graduation in 2024.

Sanad was a private tutor for almost two years and is now the current Web Developer Intern for GlobalNL. In this position, he is responsible for maintaining the website and improving the functionalities and features.

We are Happy to have a talented individual like Sanad on the GlobalNL Team.

“Becoming a Full-Stack Developer has been my dream since Highschool. And being a part of the GlobalNL team allows me to learn new aspects of web development while gaining other important skills. I look forward to seeing how will this experience help me in my future career.” 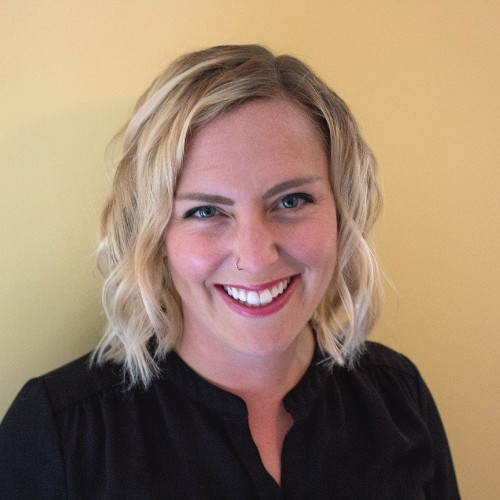 Born and raised in St. John’s, NL, Delia completed a Bachelor’s in Mechanical Engineering at Memorial University of Newfoundland in 2009 and started her career by completing the Graduate Development Program at Technip in Aberdeen, Scotland and then in Paris. Originally working as a pipeline engineer focusing on the design of rigid spools and reel-lay pipeline systems, she eventually moved into the subsea/offshore structural engineering team with work scopes primarily out of Africa, designing subsea equipment and performing seafastening.

In 2016 Delia began the MBA program at Memorial and took on the role of Director of Iron & Earth East and helped design and build the net-zero, year-round 365 Greenhouse in partnership with Autism Society, NL. In 2019, she became a project manager with SW Energy, a local renewable energy firm, working across NL. In 2021, Delia achieved a major career goal by breaking into the offshore wind industry in Boston, MA. She’s currently working as Lead Renewables Consultant for Xodus Group, a global energy consultancy, working on developing the US offshore wind supply chain and providing market entry advice.

“I’m delighted to be working in my desired field and to be helping companies capitalize on the energy transition – this is a generational opportunity and I hope to see NL benefit from this global shift, as well”. 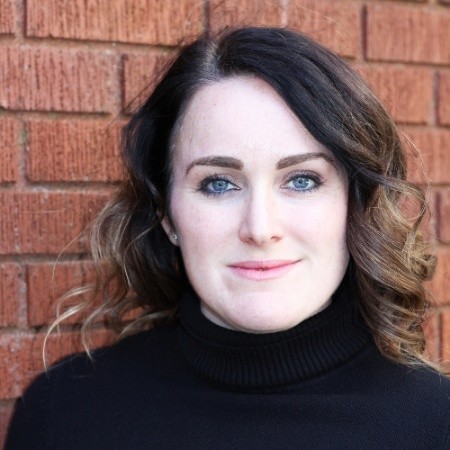 Dr. Oldford is from Ottawa, Ontario. She graduated from Carleton University with a MBA, and a PhD in Finance. She was a lecturer at Carleton University and has been an Assistant Professor at Memorial University in the Faculty of Business since 2017. Erin teaches a range of courses in Finance, including Investments and Applied Equity Valuation.

Dr. Oldford is responsible for the development of the FBA’s student managed investment fund, The Fund, where students invest a real dollar, global equity portfolio of over $250,000. The program develops students' investment skills and prepares them for the investment industry. Dr. Oldford works to build connections with industry mentors and guides students in equity research and portfolio management. In her paper titled 'Confessions of a faculty advisor: Development of a student-managed investment fund under constraints’, published in Managerial Finance, she chronicles the experience of setting up a SMIF at a Memorial University.

Dr. Oldford is a member of the Memorial University pension committee and the investment review sub-committee, and she serves as a board of director for Credit Counseling Services of Newfoundland. 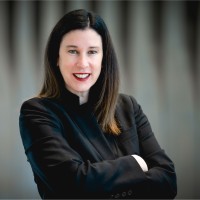 Andrea earned a bachelor of recreation from @memorialuniversity . Her career began at Eastern Health, as a recreation therapist, where she learned the power of programming to support those who experience a range of abilities. She completed a master of education, post-secondary studies at Memorial in 2008.

Devoted to lifelong learning and helping others, she forged a new career path in higher education. As manager of domestic student recruitment, she was responsible for showing students across Canada all that Memorial has to offer. She managed the Student Life office at the College of the North Atlantic Qatar campus. After four years, Andrea accepted a role at the Marine Institute in Student Affairs before taking on the role of manager with the Office of Student Affairs, @munmed .

She is currently an alumni engagement officer, developing an array of programming and events designed to engage alumni and friends of @memorialualumni. Andrea’s career has inspired students to come and succeed at Memorial and then reconnect as alumni, who have something of their own to offer.

“GlobalNL and the Office of Alumni Engagement have partnered to offer alumni the opportunity to find one another across the globe, and connect through mentorship, networking and celebration of their achievements.” 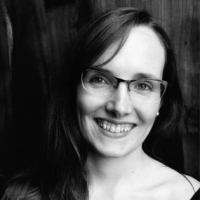 Amy founded her first arts nonprofit at the young age of 17. She founded “Young at Art Music Society” which was established to support a summer arts camp that ran for seven years. Since then, Amy has worked with 12 music and education organizations in Ontario, Montreal and St. John’s as Artistic Director, Executive Director and Board Member.
Amy is a trained choral conductor and educator. She enjoys motivating teams of people to work together to make things greater than themselves, be they musical, social, or cultural. She teaches singing rehabilitation classes with Growing the Voices Festival 500 and is the Artistic Director of Projēkt Chamber Voices.

Through her work at @businessandartsnl and Arts NL, Amy considers herself lucky enough to be able to help bring together diverse groups and individuals from across sectors to work on projects that ultimately build the creative sector and/or creativity in the private sector. Since 2014, Amy has been the Executive Director of Business and Arts NL and since 2019, she has also been Director of Bruneau Centre for Excellence in Choral Music at @memorialuniversity

"Our work at Business and Arts NL is focused on driving meaningful connections between the private, creative, social, and public sectors. We're excited to be connected to Global NL as we seek out people and organizations who believe in the value of creativity in resilience and innovation, who want to dig in with us."

Jonathan was born and raised in St. John's. He studied at Memorial University of Newfoundland and graduated in 2005 with a Bachelor of Arts degree. With over 15 years' experience in the areas of public policy and administration, Jonathan has previously worked with the NL Provincial Government in the department of Justice and Public Safety, Health and Community Services, and Fire and Emergency Services.

In 2013, Jonathan was elected as Councillor with the City of St. John's. He served as Chair of Finance and Administration, Public Works, and Regional Fire Services. He has also served on over 15 boards including the Federation of Canadian Municipalities Newfoundland and Labrador (MNL).

Jonathan has served as Operations Manager with Nunacor Development Corporation, in Happy Valley Goose Bay; his responsibilities included managing the performance, safety and well-being of Nunacor's biggest asset-its people, as well as ensuring efficient operation of Nunacor and group of companies. In 2001, Jonathan was named Chief Administrative Officer with the Town of Twillingate.

Josh is a mechanical engineer originally from St. John’s, NL. He completed his Bachelor of Engineering degree at @dalhousieu in 2013. In his final year of his degree, his goal was to promote sustainability by encouraging individuals to use less energy. Josh launched Empowered Homes which offered energy audits for homeowners. This experience helped support the development of his goal to push for more smart energy use.

Josh saw an opportunity to make a difference when conducting energy audits for houses by developing a smart thermostat for high voltage electric heating systems. Josh teamed up with his brother, Zachary Green, to launch @getmysa . Josh has been Co-Founder and CEO of Mysa Smart Thermostats since 2016.

“GlobalNL connected Mysa with Newfoundlanders living abroad in Toronto and California who have gained incredible experience in customer success and electronic supply chains. Sharing that experience back to MYSA has gone a long way”